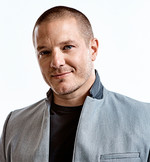 Shawn Nelson founded Lovesac in 1998 and is currently serving as Chief Executive Officer of the Company and as a member of the Board of Directors. Mr. Nelson is the lead designer of the Company's patented products and leads sourcing, creative, design, public relations, investor relations and culture. In 2005, Mr. Nelson won Richard Branson's "The Rebel Billionaire" on Fox and continues to participate in ongoing TV appearances. Mr. Nelson has a Master's Degree in Strategic Design and Management and is a graduate-level instructor at Parsons, The New School for Design in New York City. Mr. Nelson is also fluent in Mandarin. 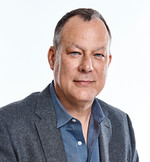 Jack Krause is currently serving as President and Chief Operating Officer of Lovesac. Mr. Krause previously served as President of Vitamin World, a 425 store specialty chain with $250 million in sales. He also served as Senior Vice-President of Watch Station Global Retail and Skagen from 2011 to 2013 where he led the growth of both businesses. Mr. Krause also held the position of General Manager from 2008 to 2010 along with other various executive positions at Sunglass Hut (Luxottica). Mr. Krause worked for 11 years at Bath and Body Works in roles of increasing responsibility leading to Senior Vice-President of Brand Development from 2004 to 2006. Prior to that he spent 10 years in brand management at Jergens and Marion Consumer Products. Mr. Krause has a Bachelor of Science in Business Administration from Miami University. 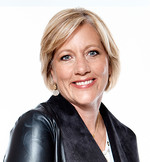 Executive Vice President and Chief Financial Officer, Treasurer and Secretary of the Company

Donna Dellomo is Executive Vice President, Chief Financial Officer, Treasurer and Secretary of  The Lovesac Company.  Prior to joining The Lovesac Company, Ms. Dellomo was Vice-President and Chief Financial Officer of Perfumania Holdings, a $540 million publicly traded company with over 290 retail locations, owned and licensed brands and a wholesale distribution network from January 1998 to January 2017. She also held progressive positions from October 1988 to December 1997 as Internal Audit Manager, Accounting Manager and Corporate Controller at Cybex International, Inc., a $125 million publicly traded company that manufactured and distributed fitness, rehabilitative and health care equipment.  Ms. Dellomo is a Certified Public Accountant with initial focus on audit and tax and is also a Member of the Board of Trustees of Molloy College and Chair of their Fiscal Affairs and Audit Committee.